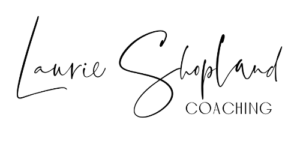 Two people can be told the same “facts” and have such varying responses.

It doesn’t have to mean one person’s interpretation is right or wrong…they are just different and both offer different results in your life.

When our daughter was first diagnosed with Acute Lymphoblastic Leukaemia we were called into the doctor’s office and given all the information and statistics regarding her illness…from her prognosis, to a potential relapse to the likelihood of our marriage dissolving.

With all the gruesome stats, one stood out to me in particular:
80% of couples dealing with a child who has a life-threatening illness, end in divorce.

For some reason, I grabbed hold of that statistic and interpreted it to be inevitable.

I now realize, that it was the only “stat” that I felt I had any control over…which might explain why I did what I did next.

Being the “control freak” that I was, I took that to 80% to mean…it was as good as done. Our marriage was going to be over – so we might as well get it over and done with, NOW.

I proceeded to go home that afternoon and pack Jim’s bags. Numb from ALL the information and facts we had been given, this was the one thing I could control. And so I decided to do it as quick as possible and have him leave that day.

Jim had a different interpretation of the numbers that day…

Jim believed we were going to be part of the 20%.
There was no hesitation, no waiver not even a sliver of doubt in his voice…

WE WERE GOING TO MAKE IT.

And that is what we did…and so did our daughter! 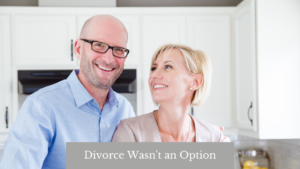 I offer you this story as evidence of how two people can be told the same “facts” and have such varying responses.

It doesn’t have to mean one person’s interpretation is right or wrong…they are just different and both offer different results in your life.

Had we decided to believe we were going to be part of the 80%…we would have created that result. A result neither of us wanted.

But thankfully, with Jim’s persistence, we focused on being part of the 20%.
And 28 years later…we are strong than ever. ❤️


Is there something in your life that you “interpret” one way…but it is not getting you the result you want in your life?

I am here to encourage you that there is a different way to look at it if you want.

In love and light,

sign up for my weekly dose of mastering your mindset.

connect with me here